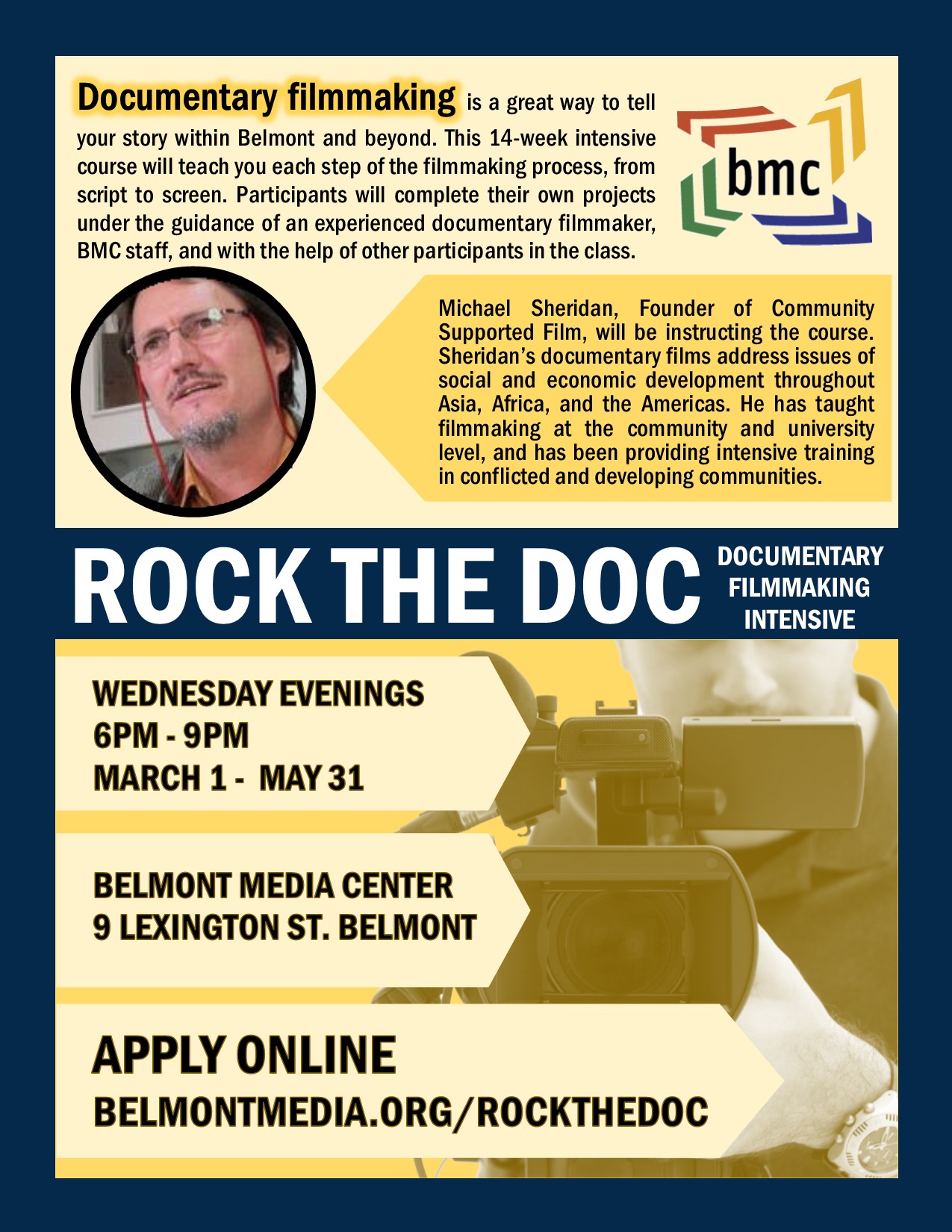 Get ready to ROCK the DOC!
BMC is rolling out a 14-week Documentary Film Intensive Course beginning on March 1st, 2017.

If you've ever wanted to make a documentary about a story that impacts you, but have never known where to start or how to learn, this class will take you through every step of the filmmaking process. NO EXPERIENCE NEEDED. Classes are designed to not only to help you capture your story, but to give you the technical knowledge you need to operate field equipment - cameras, microphones, portable lighting kits, and more. Whether you're a novice or an expert, we want to help you tell stories that matter.

Class meets every Wednesday between March 1st and May 31st from 6pm-9pm. Group is limited to 8 Filmmakers who will be chosen from all applicants. Filmmakers will view examples of great documentary techniques, critique eachother's work, and use the skills gained to film, script, and edit their own documentaries. Finished films will be shown at a public screening in June.

The cost of course is $300. If you need partial or full assistance to pay the course fee, please notify us at the time of application.

To Apply:
1. Read & Sign the Filmmaker Expectations Contract
2. Fill out the Application for Participation
3. Send both to jane@belmontmedia.org

RETURN AS SOON AS POSSIBLE! 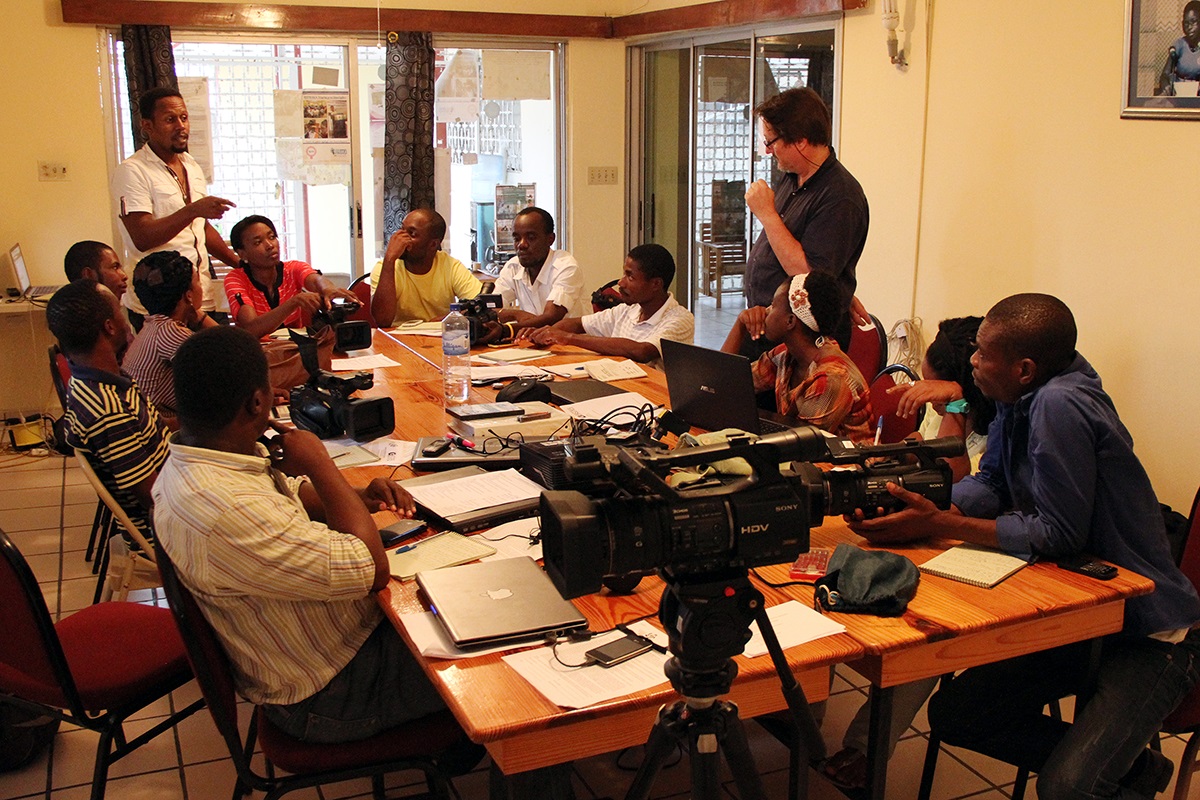 About the Instructor:
Michael Sheridan, Founder and Director, Community Supported Film and SheridanWorks Productions
Michael Sheridan is a filmmaker, educator, and activist whose documentary films address issues of social and economic development and the tipping point between order and chaos. For nearly 20 years, Michael has engaged the public in stories from Asia, Africa, and the Americas about people in poor and developing communities challenging the status quo and struggling to improve their lives.

In 1996 he co-founded Oxfam America's documentary production and since then has worked to break new ground in the effective use of media to educate and change policy. He has taught documentary filmmaking for 15 years at the community and university level and from 2007-08 served as a Senior Fulbright Scholar in Indonesia. Michael founded Community Supported Film in 2010, and also runs his filmmaking company SheridanWorks. Community Supported film seeks to take the foreign out of foreign correspondence by providing intensive training in documentary filmmaking to storytellers and activists in conflicted and developing communities. Their stories are screened in public engagement campaigns to educate concerned citizens and policymakers about sustainable paths to a more equitable and peaceful world.