Lost Treasures of Christianity: The Ancient Monuments of Armenia 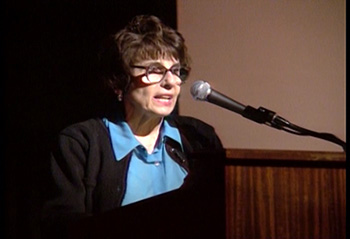 In honor of the anniversary of the Armenian Genocide, Belmont Media Center will be airing Lost Treasures of Christianity: The Ancient Monuments of Armenia. This documentary presents a spellbinding look at Armenia's medieval castles, churches, and monasteries, stone-carved images, and brilliantly colored illuminated manuscripts that provide clues to some of the most haunting questions in the history of medieval art.

The half-hour documentary tells the story of one scholar's crusade to bring to light Armenian art and architecture that most of the world has never seen. Dr. Lucy Der Manuelian takes viewers on an extraordinary journey across Armenia as she uncovers the country's rich architectural legacy and draws connections to Western Culture, art and architecture. Her search for answers in this story highlights some of the churches and monasteries that have existed for more than a millenium.

Dr. Lucy Der Manuelian specializes in medieval art and architecture and is the Arthur H. Dadian and Ara Oztemel Professor Emeritus of Armenian Art and Architectural History at Tufts University in Medford, MA.

Lost Treasures of Christianity: The Ancient Monuments of Armenia will air on BMC's channels 9 (Comcast) and 29 (Verizon) and at belmontmedia.org/watch/publictv starting on April 19th during the following dates and times: Friday at 5:00 PM, Saturday at 3:00 PM, Sunday at 4:00 PM, and Wednesday at 7:30 PM.