"Crowdsourced Boston" is coming to BMC 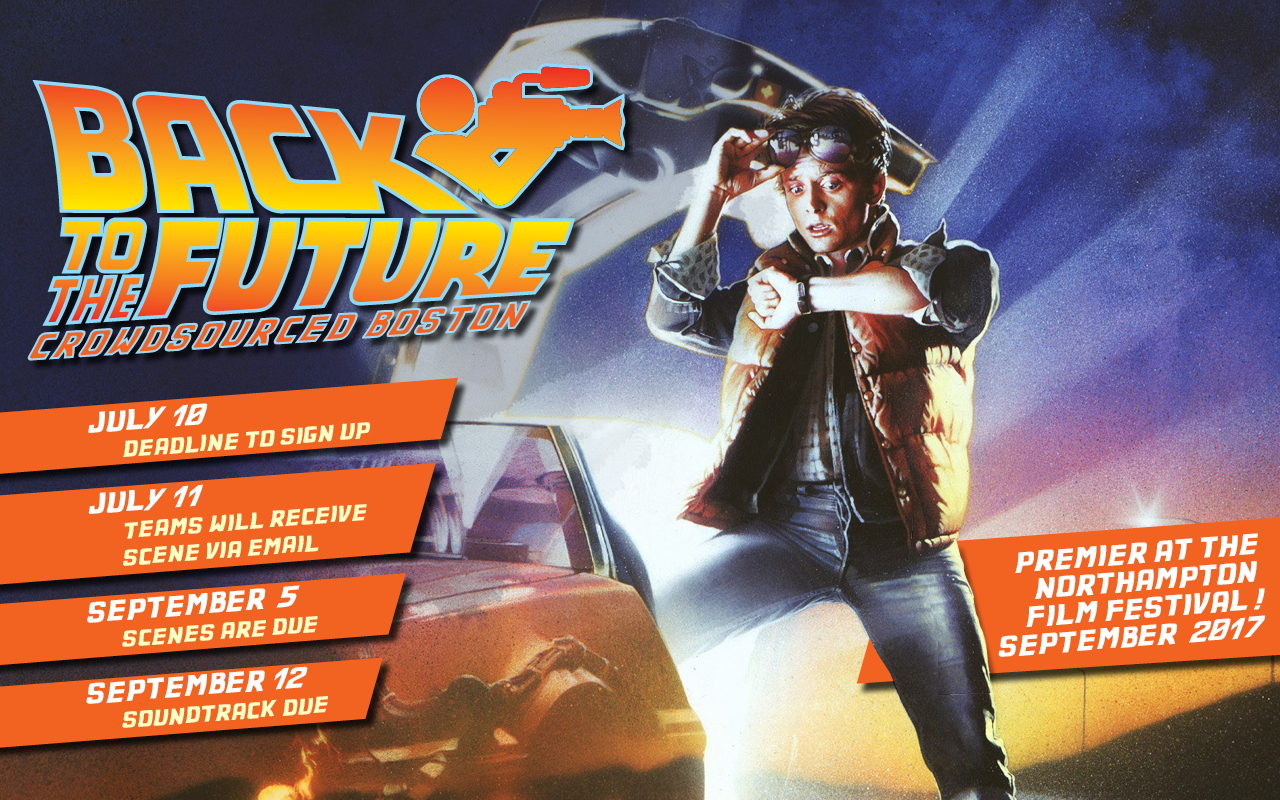 "Roads? Where we're going, we don't need roads."
BMC is participating in Crowdsourced Boston, the first ever Boston-based offshoot of Crowdsourced Cinema.

Background:
Crowdsourced Cinema is a public art project by our friends at Northampton Community Television in which the community collaboratively remakes a famous film. The first film they remade was Raiders of the Lost Ark in 2015, followed by The Princess Bride in 2016.
This summer, we are remaking Back to the Future! Instead of creating a scene for Crowdsourced Cinema, we are teaming up with access and media centers in the Boston area to create our own Boston-based remake of this classic film. This offshoot project is called Crowdsourced Boston.

How does it work?
Each team is assigned a scene from the film to interpret creatively – it could be filmed with live action, animation, remix, puppetry, and other visual styles. The only rules are to follow the same action, dialogue, and total running time of a short scene without using copyrighted images or audio. The final film is then stitched together and set to premiere at the Northampton Film Festival this fall.

How is BMC involved in this project?
This is the first year of Crowdsourced Boston. As a partner organization, we are actively recruiting filmmaking teams in our community to participate in this project! We will also be creating our own scene from Back to the Future. Please let Jane Peters (jane@belmontmedia.org) know if you are interested in participating or have any questions.

How can I get involved?
We are recruiting teams of filmmakers to create scenes from the film, musicians to score original music for the film, as well as volunteers who can join our production team by helping us to film and edit the scenes that BMC creates this summer.

Register and attend our Kickoff meeting on July 20th, with a screening of the original Back to the Future.
To learn a bit more about this project, check out this vieo created by our friends at Brookline Interactive Group (BIG)