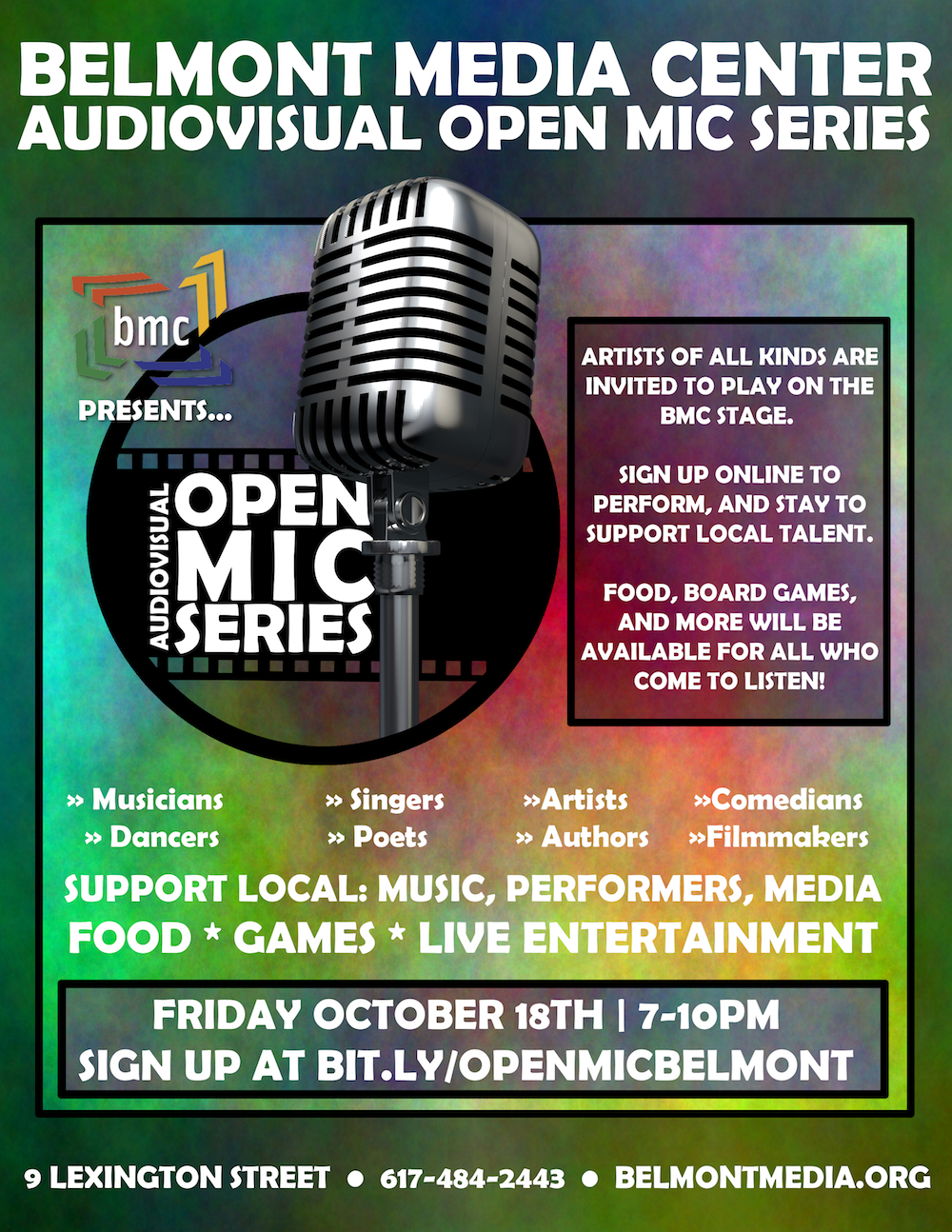 Every year around this time, in hundreds of towns across the U.S., we celebrate “Community Media Day” and Free Speech Week to raise public awareness about how micro-local community TV stations like Belmont Media Center (BMC) serve the communications needs of millions of Americans every day.

Nearly 40 years ago, public-educational-government access TV channels were brought into existence by Congress to ensure that American cities and towns have free access to the tools, transmission, and technology to operate local TV channels for the benefit of their residents within an expanding, privately owned, nationwide telecommunications infrastructure.

For nearly 30 years, Belmont has had some form of a local access TV channel. First there was “Channel 8” operated by the cable company, and then initiated in 2005 by the Belmont Media Center.

Today, BMC continues to serve Belmont in many ways: by documenting and transmitting 1000 hours of public meetings and events per year, leading several after-school media classes for elementary and middle school students, installing a state-of-the-art digital TV studio at Chenery School, covering local high school sports, producing a collaborative, weekly community-sourced news show, “Belmont Journal”, training a local group, “Science for the Public” to produce an educational TV show that is also carried on the WGBH Forum Network, serving as a training and rehabilitation site for Project Able, McLean Hospital, Beaverbrook Step and Belmont SPORT, and by offering ordinary folks a place to speak their minds, create their visions and learn new skills.

Recently, the FCC had threatened to defund community media centers everywhere. Fortunately thanks to a nationwide effort led by Senator Ed Markey and the objections raised by our own local leaders and voices, including many local residents and the Belmont Select Board, that threat has been defeated . . . for now.

So this year, “Community Media Day” has an added meaning and elevated importance than before.

In Belmont we kick-off Community Media weekend on Friday Oct. 18 by presenting a special edition of our Audio Visual Open Mic Series from 6pm to 10pm in Waverly Square LIVE from Studio A at the Belmont Media Center.

This Friday, we welcome back singer/songwriter Mackenzie Lee Clement, classically trained pianist Mike Ring and the Somerville based combo “Ehleven”, performing all original music. Belmont’s own John Verrilli will be on mic with Curtis Poole to sing some old favorites. John’s appearance is notable because he is also one of the founders and original video volunteers of the Belmont Media Center.

In between live entertainment, short films created by Belmont High filmmakers Aidan Hammell and Camden Johnson will also be screened.

There will be popcorn, food, snacks and refreshing beverages from Belmont establishments, and board games for the studio audience.

Over the last year, BMC’s Open Mic has featured many local musicians and singers, artists and rappers, poets and performers, free speakers and random pedestrians who have all taken the stage.

Please come on down to Waverley Square and see it in person, enjoy an evening’s entertainment, and support the Belmont Media Center.

Homebound? Watch it all LIVE on BMC-HD Ch. 2130 (Verizon) or Ch. 9 (Comcast) and on BMC’s Youtube and our Facebook Page.