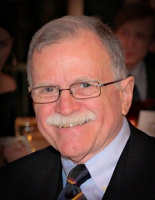 Treasurer of the Board

Ralph Jones served on the Warrant Committee and School Committee prior to being elected for two terms to the Belmont Board of Selectmen from 2008 until 2014.

He co-founded The Cadmus Group in 1983. His extensive expertise in federal and state drinking and wastewater management programs encompasses the science, administrative, asset management, financing, and political sides, providing a holistic perspective to Cadmus’ leadership team.